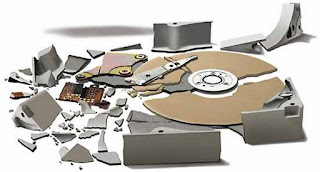 Our Hard Drive crashed the other day, so I'll be busy for a bit gathering resources again.

Hope to post again in a couple of weeks.
Posted by Suzuki Mom at 9:08 PM 2 comments: 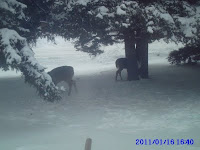 So with winter, we haven't been getting outside as much as I'd like, and we haven't really done a proper nature study since before Golf was born. Delta and Echo have asked when we would do a Nature Study....
Well, we haven't done much but we did get a surprise opportunity to observe some nature from out window.
On Thursday, Delta looked out our front window and said "there is a deer in our yard!" It didn't stay very long, but we all got a good look. Now, deer are often in our neighbourhood, especially at night - but we don't see them very often during the day. So I'm figuring - what are the chances? Well, on Friday - there was a deer in our yard again. It didn't stay long but we did get a quick glimpse. On Saturday, we saw 2 run through the yard. And today? Well, I was at church, but Delta and Foxtrot were home with dad because they were sick - and apparently there was one in the yard again today.
Delta had the chance on Friday or Saturday to be outside for a while, and he observed their tracks (apparently at some time - probably at night - a deer came almost right to our living room window.) Delta has also observed their "scat" in our yard.
Ask and ye shall receive?
Posted by Suzuki Mom at 8:11 PM 2 comments: 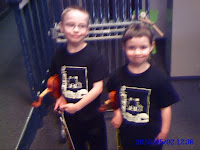 Maple Hill Academy is a Homeschool located in Canada following (mostly) a Charlotte Mason method. It is my plans for my children, using suggestions from (not in any specific order)
Simply Charlotte Mason
Old Fashioned Education
True Light Academy
Milestones Academy
Ambleside Online
and others
Although at this time part of the purpose of this blog is to make my plans clearer to me, I hope they will be helpful for other homeschooling parents. Please feel free to use my ideas - just don't post them as your own.
And please leave comments, suggestions, and other feedback.

Very little is known of the Canadian country since it is rarely visited by anyone but the Queen and illiterate sport fishermen. 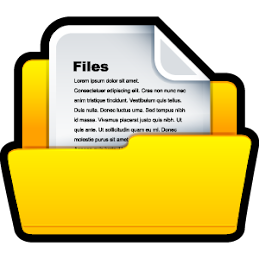